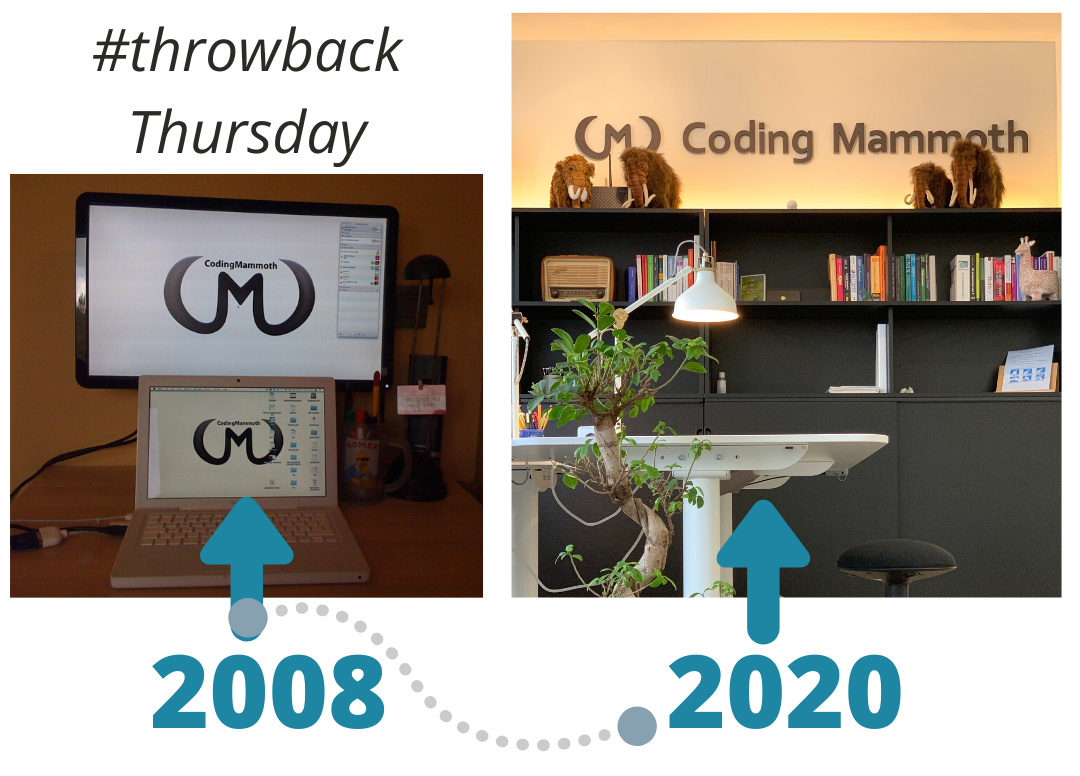 Last weekend, Coding Mammoth celebrated its 12-year birthday party! The company was officially founded on 16 May 2008 in Ghent. Over the last 12 years, a lot has happened. We worked on lovely projects and helped other companies go the extra mile. However... while Coding Mammoth is officially 12 years old, the origins of the company are even older and go all the way back to 2003 when Jelle De Laender, the founder of Coding Mammoth, was 14 years old.

When I was 14 years old, I did some vacation work in the fields of a rose grower. Thanks to this job and some additional financial help from my parents, I bought my first Mac: an iBook G3. Beside a Mac Performa 630 it was the only Mac in the house. I had quite some fun with this iBook. What a machine... It also marked my start as a developer as I tried to figure out how everything was working under the hood. Great times with Mac OS X 10.2.4 😆

I virtually met Pieter Omvlee, now founder of Sketch, and we started developing together. We did this under the name "Mammoet Software" (translated: Mammoth Software). We created some fancy applications like a flashcard application "Backpack", "DrawIt" and even already QuickScale.

I managed to retrieve some copies of our old website: pure nostalgia... Long live projects like Archive.org which are trying to make an archive of the full internet 😱 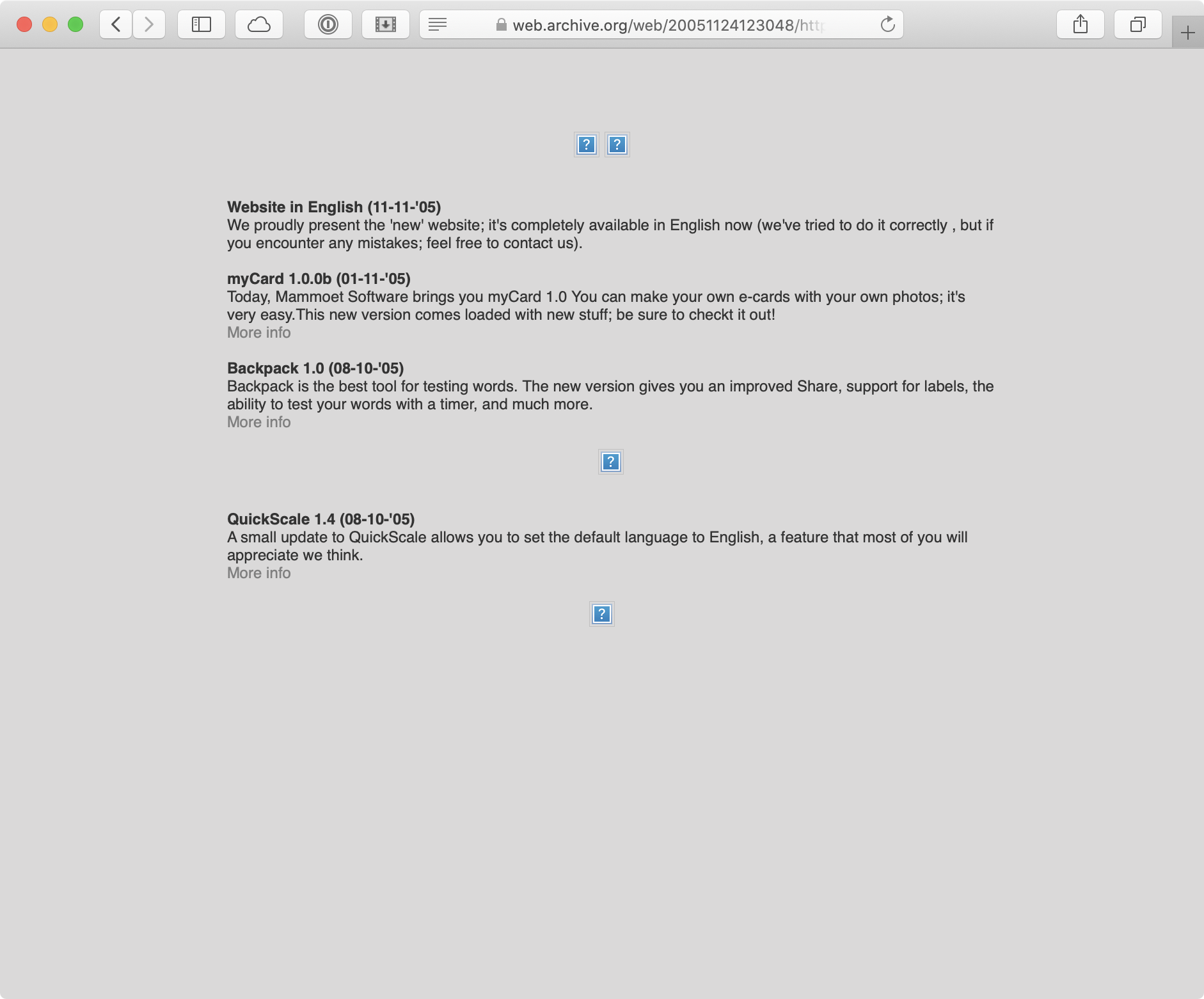 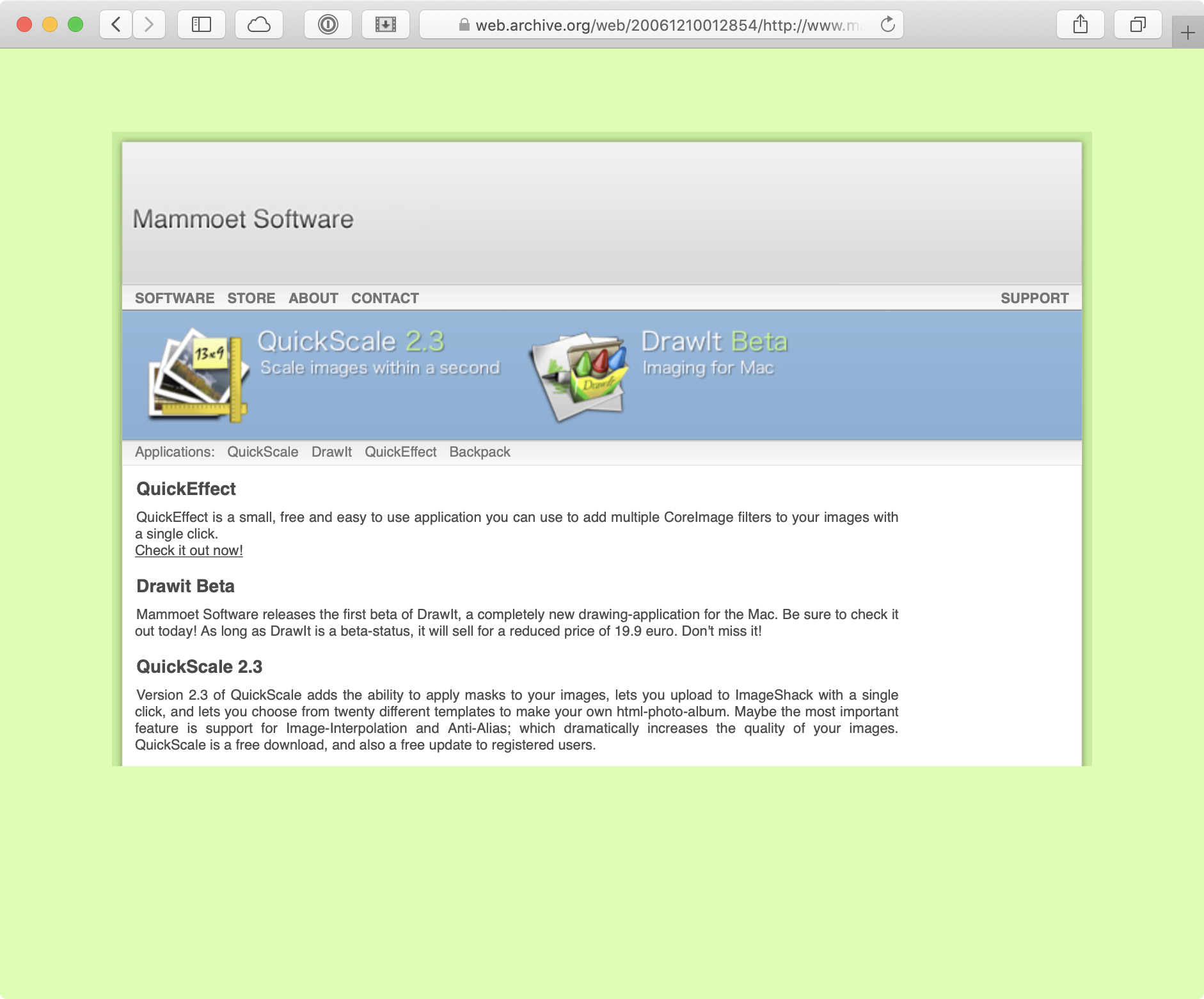 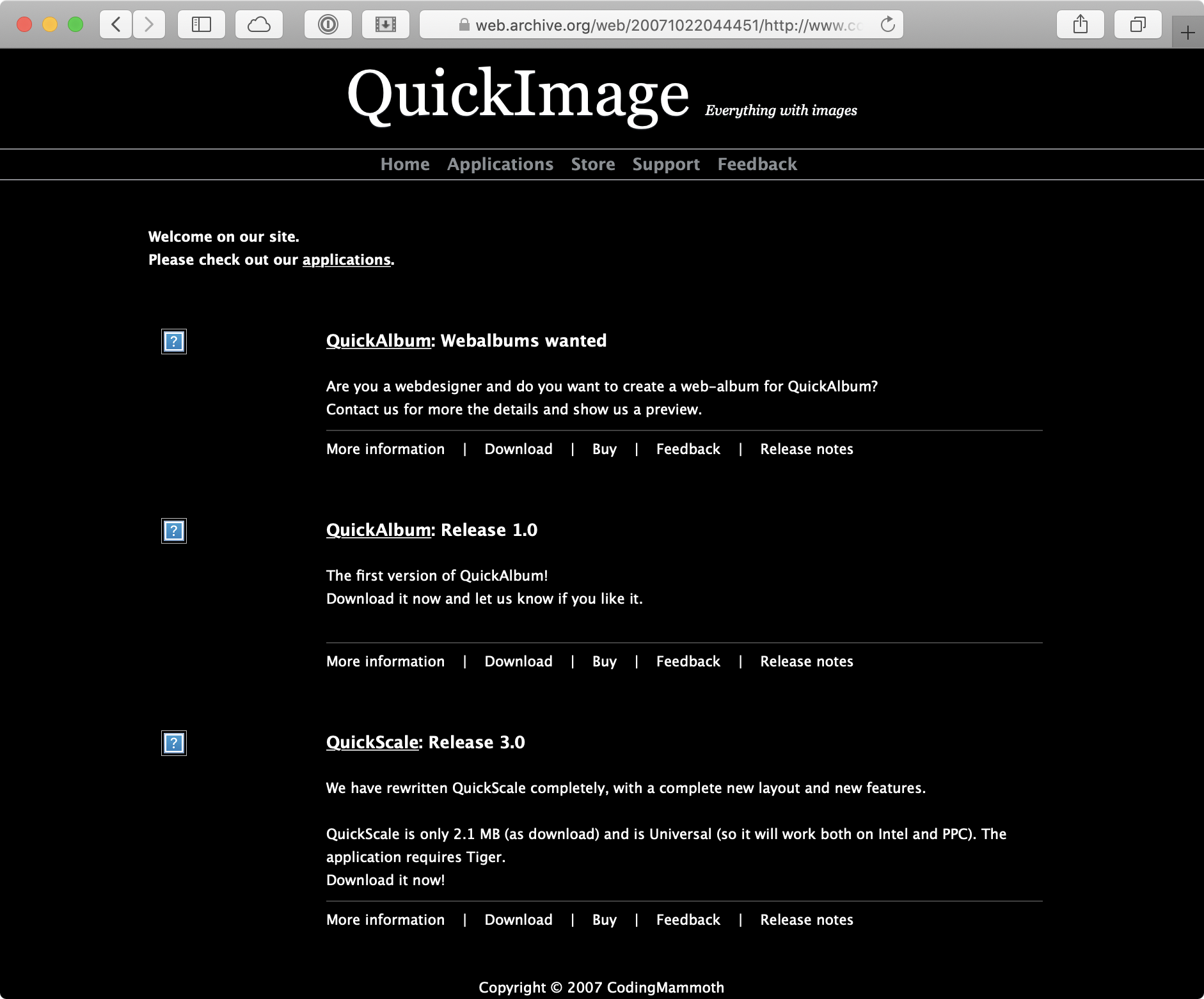 In 2007, our paths diverged. Pieter started Bohemian Coding, now known as Sketch and I started Coding Mammoth in 2008. I was running one year behind, as I needed an additional certificate to be allowed to start a company for myself (even though I already had experience and products). Scrolling back in my calendar. I did the exam to obtain the certificate on 14 May 2008 in Brussels. I cycled to Ghent to register my company at the entrepreneurs' office, only to be told I needed to make an appointment 🤷‍♀️... which I managed to get on 15 May 🎉. On 15 May I registered Coding Mammoth with an official start date of 16 May 2008.

At the time, I was also fulltime enrolled in my first year at the University of Ghent. I had projects due on 10 May, and my exams started on 26 May. The first exam was about "intellectual property rights" for software and software companies 🙌 which was perfect timing considering the official start of Coding Mammoth. It was a crazy and exciting time and we survived. 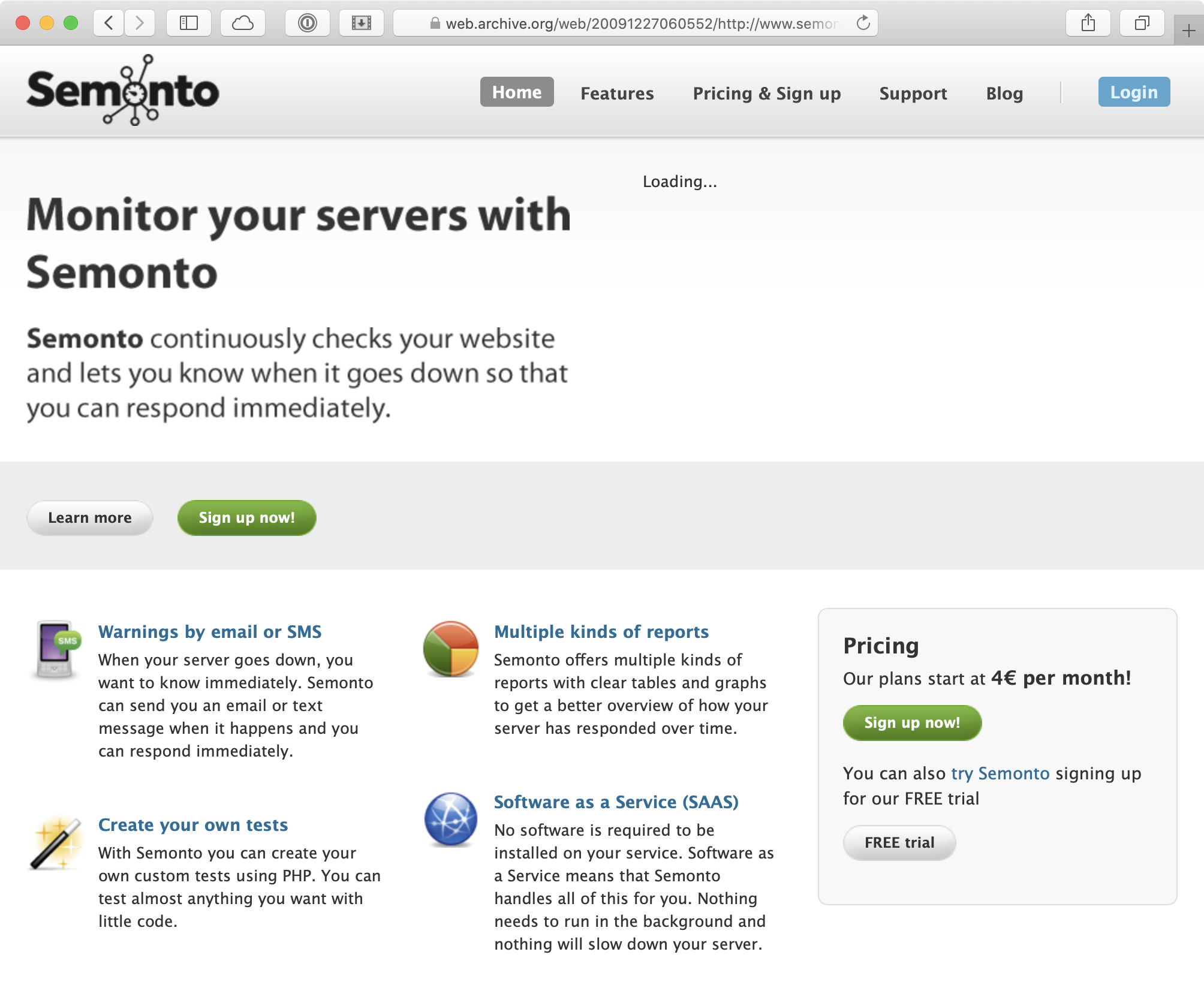 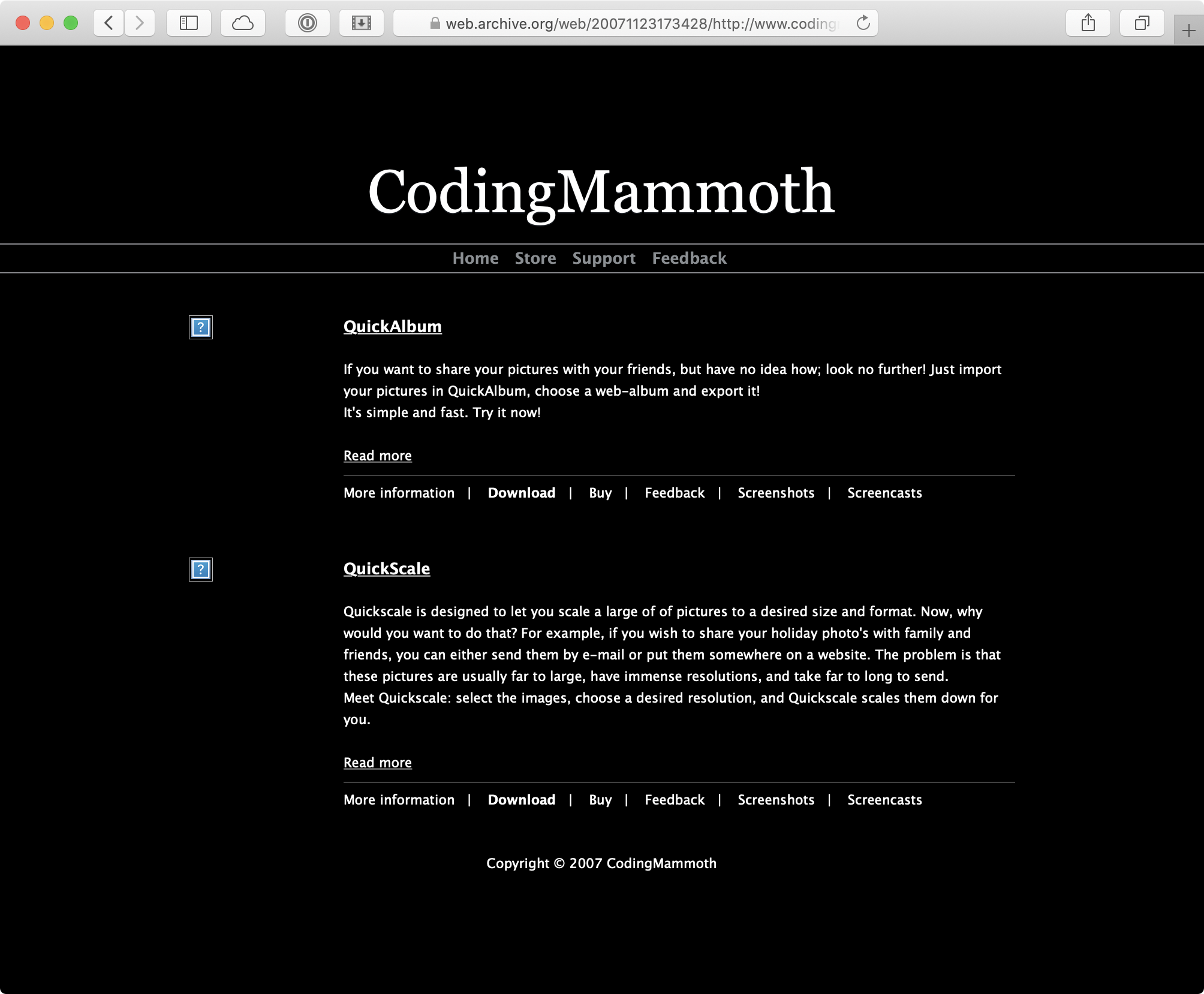 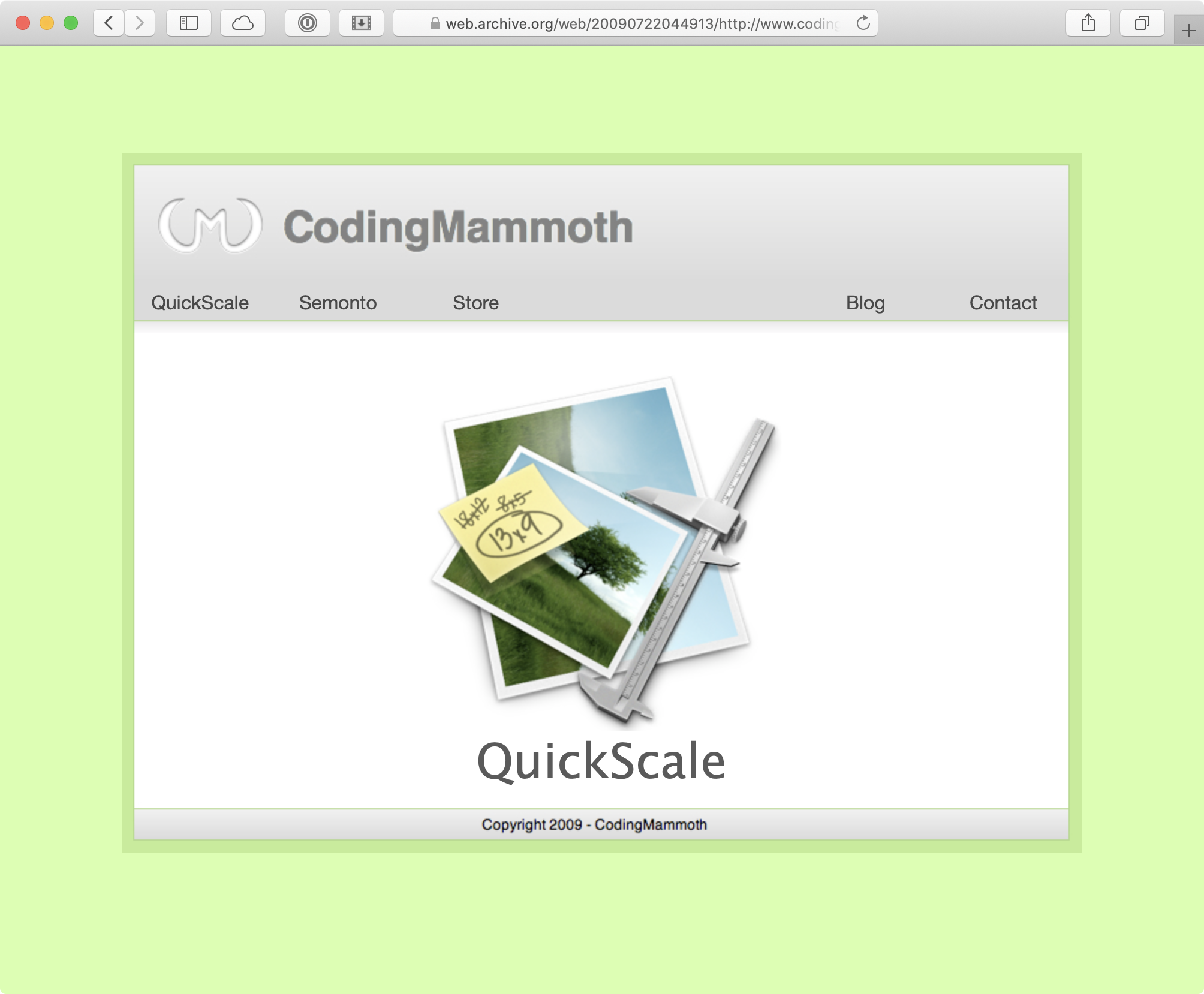 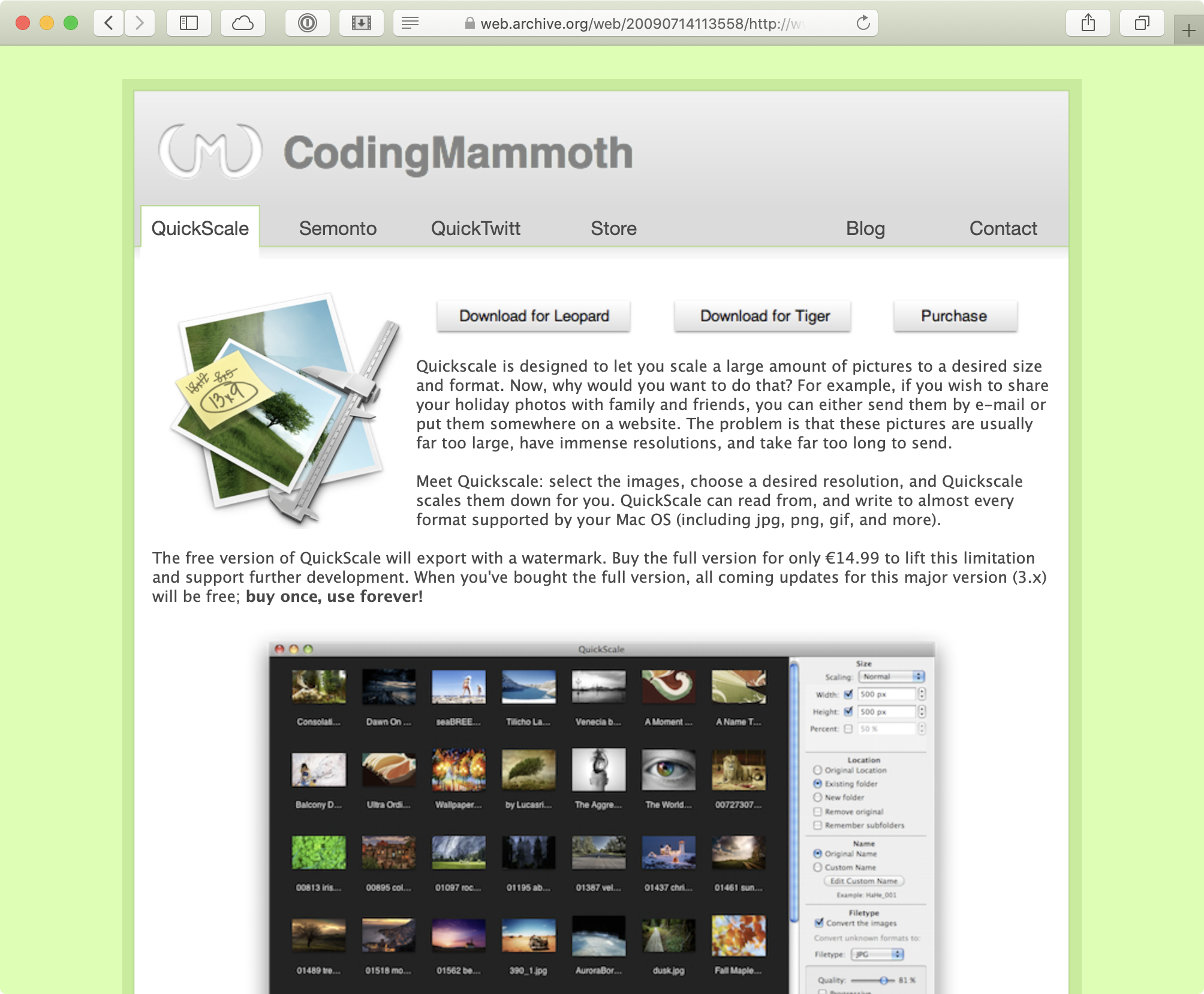 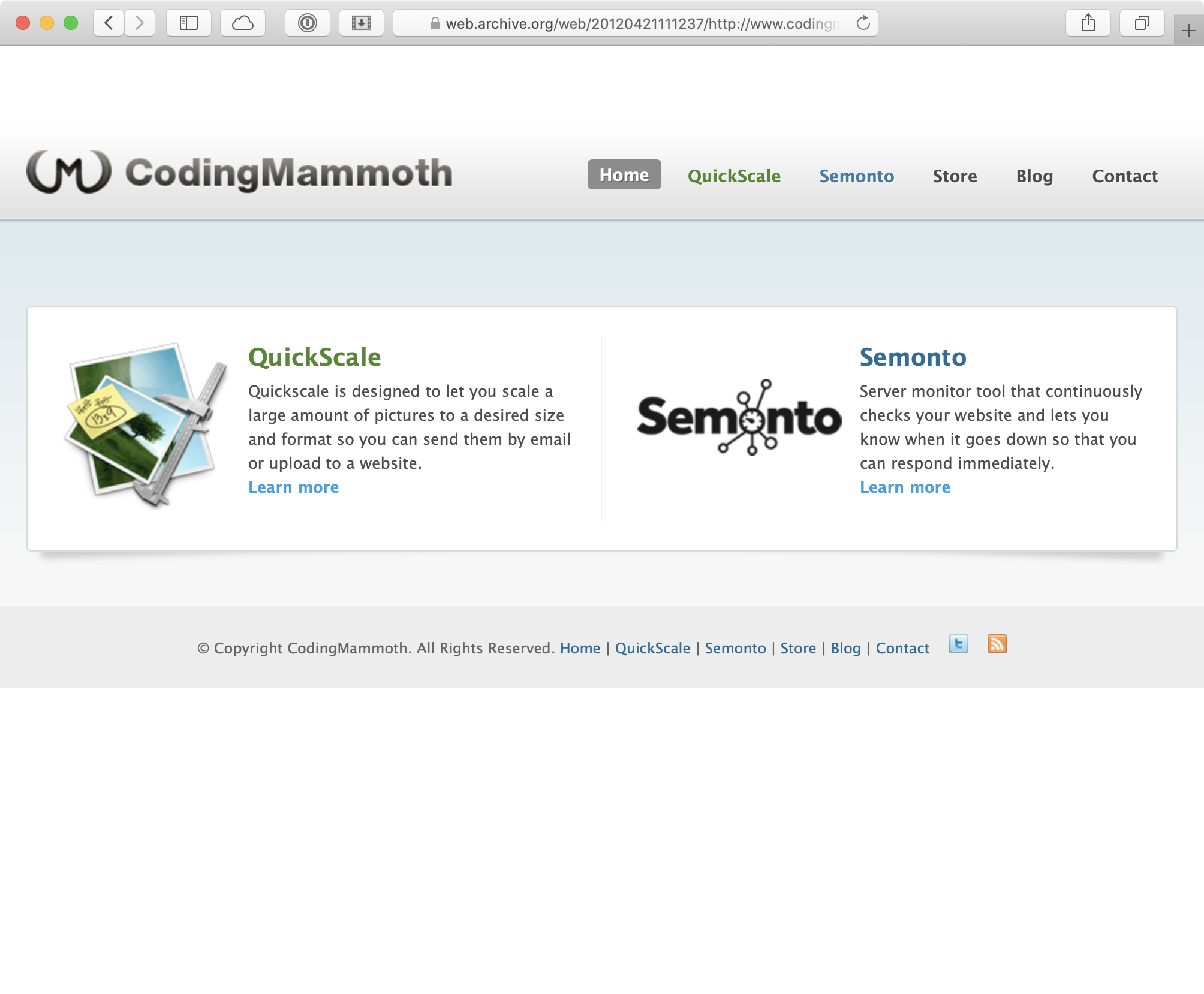 By 2009, I released Semonto 1.0 as I noticed that the servers we rented for some side projects where often offline and not reachable. In the above image you can see what the Semonto 1.0 website and the Coding Mammoth website looked like at the time. From 2009 onwards, we kept working on our own products like QuickScale and Semonto, and we helped other companies with development, project management, security and more.

Today, times are still as exciting. In 2019, we moved to our own office in Antwerp. Always welcome to visit us for some coffee, once it's allowed again after the lockdown.